Last Wednesday morning, I was outside as the sun was rising.  It was really an incredible sight.  The clouds and rain showers were just breaking up, and the sky was becoming this brilliant shade of orange.  Just when I thought it couldn’t get much better, a rainbow appeared in the sky.  It was one of those moments I felt like I had to share.  I ran inside the house and grabbed Kira and the baby so we could all see it together.  We took it in, and then after a few minutes, it all faded away…

I love sharing new experiences with other people.  Last weekend, I also had the opportunity to go on a conformation retreat with some of the youth from our church.  I have gone on a lot of trips like this in the past, and I love them every time.  Each trip offers new opportunities to share love and grace with others.  It’s incredible.

This week the scripture passage we are going to look at comes from the book of Habakkuk.  This book is not very well known, but it’s pretty important.  In the book, God says He is going to do something new.  He wants the people to wake up and see the world differently.  The journey God takes the people on is not an easy one, but in the end, God offers hope.  Together, the God’s people share moments of heartache, but they also find hope.  That is my prayer for each of us.  May we find a community that opens our hearts to something new every day!

I heard a news story recently on NPR about a man named Yisrael Kristal.  At 113 years, Yisrael is currently the world’s oldest man. (There are several women who are older than he is, but he is the oldest male…) I was fascinated by this man’s story.  He was born to a Jewish family in Poland in 1903, and he established a successful candy factory when he was a young man. (Does that say something?… the world’s oldest man spent his life making candy!)

Although he had a lot of success when he was young, he also faced more than his fair share of trials.  He was a boy when World War I took place, and during World War II, his family was placed in a ghetto and eventually moved to Auschwitz.  He endured forced labor, and he had to witness the death of his wife and children.  In the midst of these terrible times, Yisrael says he never lost his faith.  He clung on to his belief that God was with him.  He certainly spent time mourning all that he had lost, but he also believed God would bring new life to the world.  When the camp was finally liberated, he was able to find new hope for himself as well.  He was eventually remarried, and he rebuilt his candy factory.

This week we are hearing a Bible story of a woman who felt God’s calling even though she faced plenty of trials.  In all she faced, she never fully gave into despair either.  It is my prayer that we could believe that God is still bringing something new to each of our lives.  May we believe there is always more to our story, and may God continue to do amazing things in us!

-Brian
Posted by Brian Ward at 4:18 PM No comments:

Do you remember what it feels like to start the first day of a new job?  I’ve had several different jobs in my life.  When I was a kid, I mowed lawns.  In college, I worked in a chemistry lab.  Today, I am a pastor.   For me, it didn’t matter what job I had, the first day was always a roller coaster.  Without any experience, it was hard to know if I was if I was in over my head or not.  I would anxiously fuss over the smallest details.  In those moments, it was pretty easy to question myself.  I wondered if I was good enough, and I wondered if I really deserved the position I was in… 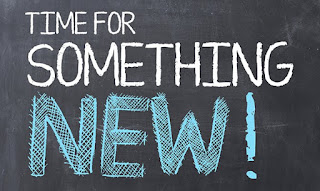 Personally, I know I made it through those difficult moments, because I was supported by some pretty incredible people.  I had mentors who showed me a ton of mercy and grace.  They allowed me to make mistakes, and they didn’t let me give up on myself.  They knew I wouldn’t be perfect, but they trusted me to learn and figure things out.  Without good mentors, I don’t believe I would have made it anywhere.

In our scripture passage this week, we are looking at a man named Timothy.  Timothy was a young man who was entrusted with a great responsibility.  In some ways, he seems to have been in over his head, but he had a great mentor who pushed him to become something incredible.  Today, I pray that you would be forever encouraged on your journey.  I also pray that you would take a little bit of extra time to encourage someone who is in need around you.

PB
Posted by Brian Ward at 3:03 PM No comments:

Ten years ago, I was a youth director at a small inner city church in Minneapolis, Minnesota.  I loved the people at that church, and I loved those kids.  I was totally changed by my experience there.  However, I have to say that I am haunted by my time there as well.  I remember one girl who used to be a regular at our church events.  She was incredibly intelligent, but she also faced a very difficult reality.  One night she showed up to church early.  She had just been beaten up by other kids, and she was dealing with a terrible family situation.  She felt the only place she could go was the church.  She was furious at the people who beat her up, she was mad at her own family, and I think she was also feeling embarrassed and alone.  I tried to offer her a of sign of hope.  I tried to tell her that love does exist in the world, and in that moment, I thought we had a break through… However a few days later, I wasn’t so sure.  She was right back to her world of rejection and anger. 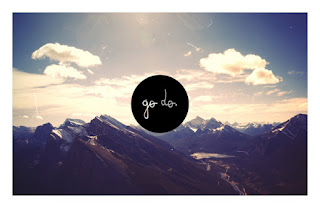 Leaving my job at that church was one of the hardest things I ever had to do.  I felt like those kids had so much potential, and it hadn’t been realized yet.  The girl who I mentioned earlier was one of the smartest people I’ve ever met.  She took to calculus and other difficult concepts incredibly fast.  However, she was surrounded by other voices calling her to give up on school and live for things like sex, drugs, and power.  Seeing people like her fall into a terrible spiral of destruction wrecked me.  It broke my heart when I felt like there was nothing I could do to save them.  Unfortunately, I have a lot of stories like that.  There are so many kids from that church, as well as other people I’ve met over the years, who don’t believe they have any other calling other than the hurt and the pain that’s in front of them.

I do hope that somewhere along the way small gestures of love can make an impact on the world.  I believe every person in this world has a calling that can make this world a better place.  This week, our scripture passage will share the story of a woman living in terrible circumstances who listened to a voice of grace. It is my prayer that we could all believe that we are all chosen and loved.  You are important to this world, and you will never be unworthy of love!

PB
Posted by Brian Ward at 3:23 PM No comments: