Leaning on the Everlasting Arms...

As I look back on my blog over the past couple of years, I realize I write about my son a lot, and that pretty much reflects my life.  Many of my joys, fears, celebrations, and anxieties revolve around this two year old child.  The past couple of weeks have been no exception.  First, our son was sick, so we took him to the doctor and they prescribed some antibiotics.  Just when it seemed like he was getting better, he had a reaction to his medication.  He broke out in hives, swelled up, and he appeared to be in constant pain.  This led to a late night visit to the ER and a very miserable night.  Today, our child seems to be recovering.  He is happy, healthy, and filled with life… However, I don’t know how much more of this I can handle as a first time parent…! :)
In our scripture lesson for the week, Jesus shares the good news that He is the resurrection and the life of the world.  It is my prayer that instead of relying on ourselves, we would put our faith in Christ.  He is ready to carry our burdens remind us of true joy…
Blessings, 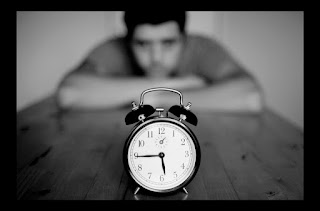 If you had to guess, how much time do you think you spend waiting each week?  How about in a year?  Apparently, some researchers have looked into this, and the average American spends about 38 hours each year waiting in traffic.  We spend thirteen hours annually waiting on hold for customer service, and seven years of our lives are spent lying awake in the bed at night, waiting to fall asleep.  Those are all averages, but they were pretty disturbing to me.  I hate waiting… I frequently find myself wishing I could move things along faster.  I want to be somewhere else.
Last week, I spent a considerable amount of time waiting in the doctor’s office with a sick child.  This was not where I wanted to be, and it was easy to become frustrated thinking about all the other things I needed to do.  However, when another family came in, I started talking with them.  We didn’t have much to say, but we laughed a little and shared a few stories.  It wasn’t much, but I felt like it was infinitely better than just stewing over all the time I was wasting.  I also realize it was a blessing to simply spend a little time with my child who really did need me in that moment.  Today, I hope we can enjoy whatever moment we are in.  We are going to spend a lot of time waiting.  That’s life.  However, we get to choose the attitude we take with us. 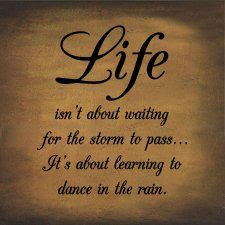 In this week’s scripture passage, Jesus tells a woman her life is not a waste.  Life is an opportunity to be cherished and loved.  I hope and pray we can all cherish the days we have, because each day is a gift… Even the days full of waiting!
Peace!


Brian
Posted by Brian Ward at 1:46 PM No comments:

So this has been a busy week.  In addition to my usual duties, I have three funeral services, two Lenten services, children’s chapel, hospital visits, and Saturday night worship.  If that wasn’t enough, my son turned two years old this week, and my wife and I decided to invite a bunch of families to our house to celebrate. That was a wonderful experience… except a day later our little boy came down with a terrible cold! That meant extra visits to the doctor, filling prescriptions, and dealing with a miserable child all night.
There are times when I think I can handle things pretty well on my own.  However, this was not one of those weeks… I am so thankful for all the people in my life who have offered their support and love.  I am thankful for the people who have shown me that I don’t need to face these difficulties alone.  My wife and I are blessed to have each other.  We are blessed to have a wonderful family and a Grandma and Grandpa who came in from Colorado to help us out.  Finally, we are blessed by a wonderful church community every day. 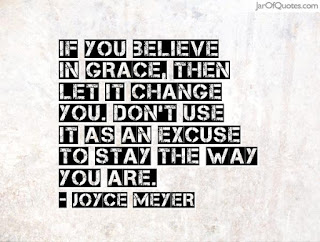 I believe we need each other.  Life is not about proving we are somehow better than others.  If we can humble ourselves, I think we will find that people are ready to help us.  Not only that, but other people can present us with opportunities that we never knew existed.  That is also true of God’s Grace.  We can be overwhelmed by the world, but God is always there ready to walk with us every step of the way!
Blessings!

Last Tuesday I read a news story about one of the Jewish cemeteries that had been vandalized.  As terrible as these events are, I have come to respect people on all sides of the issue who came together to support their Jewish neighbors. I even read about a Muslim activist named Tarek El-Messidi, who called on people of the Islamic faith to help out.  El-Messidi’s community raised over $138,000, which more than covered the cost of repairs to one of the cemeteries.  This stood out to me, because there are so many examples of faith communities fighting against one another.  Faith has been used to divide instead of love.  This story inspired me.  I hope we as a church can show a radical grace and love that reaches around the world.
This week we are entering into the Lenten Season.  This is a season of reflection, but it is also a season of hope.  As I look out at the world around me, I know there are problems, but I believe in hope.  I believe if we come together for the sake of love, we will discover the power of the church.  Today, I hope and pray that you would be able to find God’s Love wherever you are!
Blessings!
Brian

If you would like to read more about the story I referenced, I am sharing the link below: